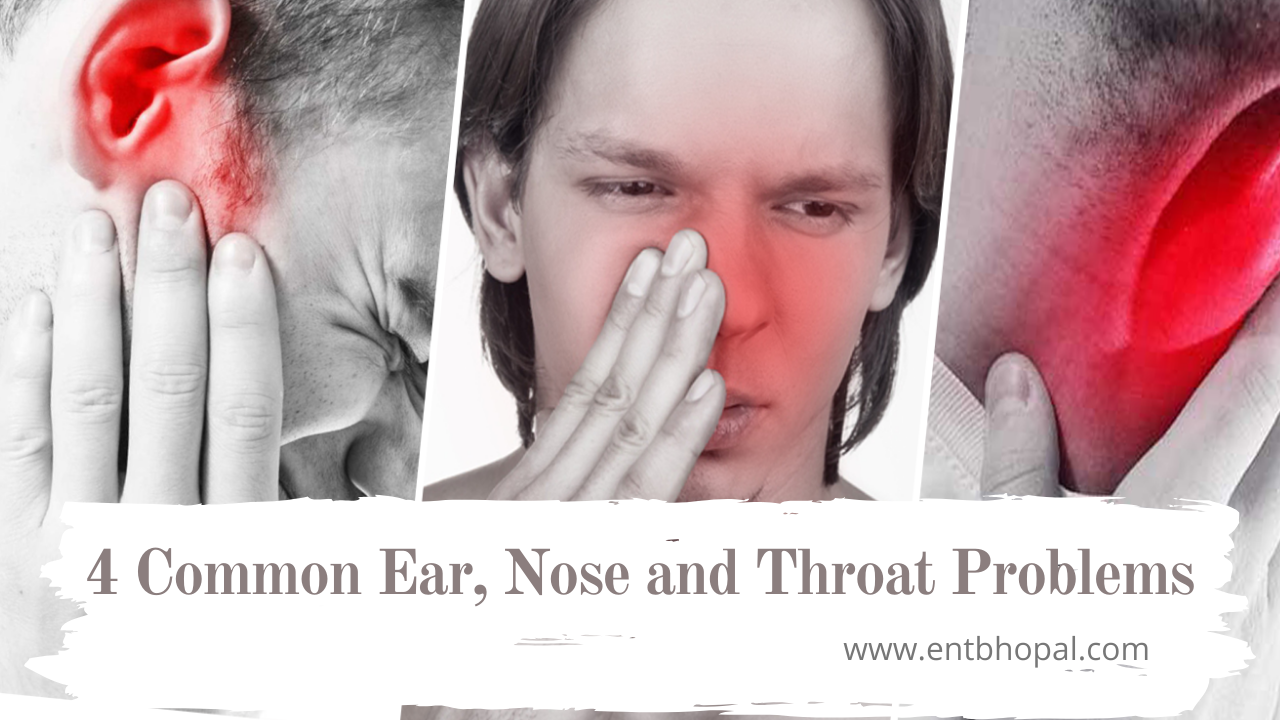 There are many different ear, nose, and throat (ENT) disorders and an even greater variety of characteristic symptoms. The following list involves the four most common ENT disorders. Not everyone will experience the same set of symptoms or have them as intensely. In some cases, a doctor or ENT specialist will be needed to make the correct diagnosis and offer the appropriate treatment.

Ear infections are one of the most prevalent ENT disorders. They happen when germs become trapped inside the inner ear.

The Eustachian tube, a tiny canal that originates in the ear and drains into the back of the throat, generally keeps unwanted germs out. If this tube is too small or becomes clogged by fluid and mucus, bacteria or other microbes can enter the ear and reason an infection. ​

Signs and symptoms of an ear infection include:

Strep is an abbreviation for a family of bacteria called Streptococci. Strep throat happens when the throat and surrounding structures become infected with this germ. While strep throat is a common infection, many other infections have the same symptoms.

Sinusitis happens when a germ finds its way into the four hollow recesses of the skull that surrounds your eyes and nose. The infection can then become trapped, causing inflammation, pressure, and pain.

Symptoms of sinusitis include: